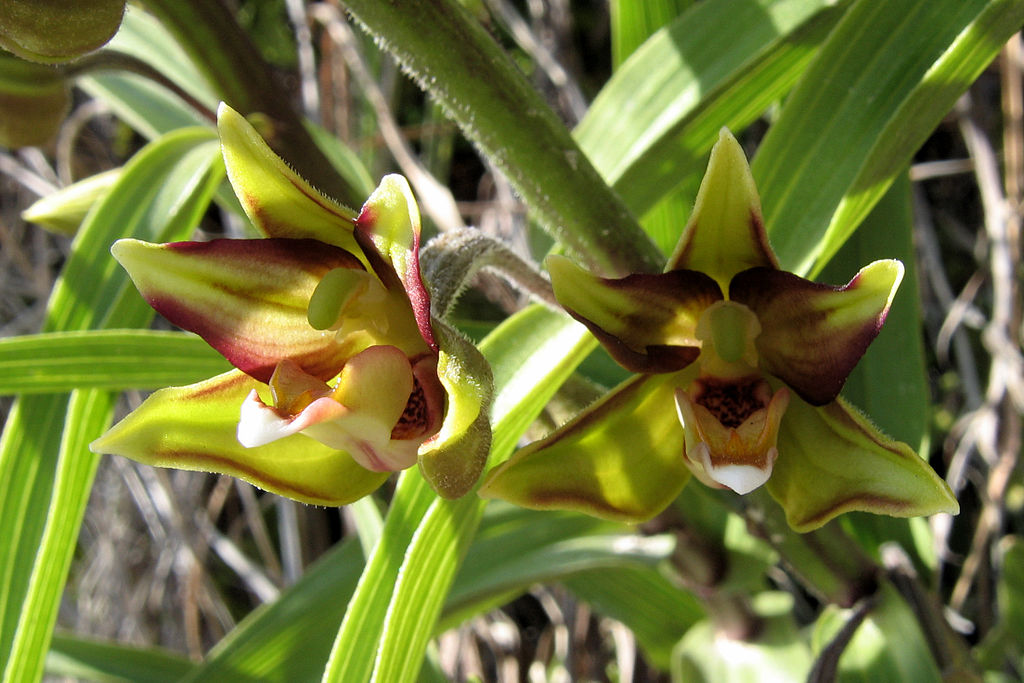 What a disgusting thought. Yes, yes, all in favour of the birds and the bees, but this is taking us into some decidedly strange territory. Insects visit flowers? Correct! Receive a reward of nectar (or some other goodie) and unwittingly are dusted with pollen? Spot on! Plants are past-masters at attracting pollinators and whatever the animal and irrespective of the mechanism, everybody is happy. But copulating with flowers is a step too far. Goodness gracious, there have to be some limits and you cannot persuade me that any insect could be so misguided?

Flowers are much more than a pretty face.  Adept at displaying visual signals, they can also waft welcoming messages to the unsuspecting visitor. Insects rely not only on vision but also possess a sophisticated sense of smell. Which is just as well if one is scanning the airwaves for the first whiff of a sex pheromone from a virgin female. So if you want to attract a pollinator why not broadcast an irresistible lure in the form of a mimic pheromone that the male mistakes as a receptive female. A clever trick, and one that some orchids have evolved to a high level of sophistication.

But it gets better. A bit like human mating, if it wasn’t so important, it would be deeply comic. Flies, wasps, bees, even ants can all play. Watch the males pile in; to say they are excited is an understatement. If the fake pheromone acted as a beacon, then once alighted on the flower then tactile stimulation with gratifyingly smooth and hairy areas are also central to the deception. Sometimes jostling for position, the insect adopts the correct copulatory position with mandatory pulsatory genitalic movements. Grasping part of the flower in the mistaken belief it is the female, it may attempt to take off on what turns out to be an abortive nuptial flight. Sometimes that is as far as it goes, but in certain cases the male ejaculates copiously.

And afterwards? Does everybody have a stiff G & T, maybe a ciggie? Not quite, but after pollination the orchid may broadcast a different scent, apparently to deter any more visitors. Males may learn from their mistakes and avoid the orchids, but naïve individuals are easily deceived. The plant benefits, but what about those neglected females? Many of the insect species conned into pseudocopulation are what we call haplodiploid. This means that if the female mates then it has the usual diploid (so haploid sperm plus haploid egg equals diploid) offspring, but all those virgins can only produce haploid males. Which means even more males flying around in a state of complete sexual confusion.

Who are those people with grinning faces, knocking at your car window? What are they asking? How could such an incredibly sophisticated system of sexual deceit ever have evolved? Well, while orchids are the primary example, and in this group pseudocopulatory behaviour has evolved several times, so too has it independently in at least three other groups of plants. In addition, the potent scents that the plants emit from special glands share chemical similarities with their coats of wax that protect the plant from desiccation.

In principle, therefore, recruitment to this new role is not difficult. But what might induce an insect to start visiting a flower in the first case, especially if there is no nectar reward? A convincing link can be made to plants that mimic the sorts of shelter where insects like to hide. The insect “thinks” it has a refuge, but the plant “knows” it has a visitor to assist in cross-pollination. From there it is a short step to attracting insects with fake pheromones. Nor is this extreme specialization an evolutionary dead-end and on occasion the direction reverses, back to the shelters.

No, don’t be ridiculous Hardly recommended. Deprived of food a human might survive for weeks, but stick to water and…