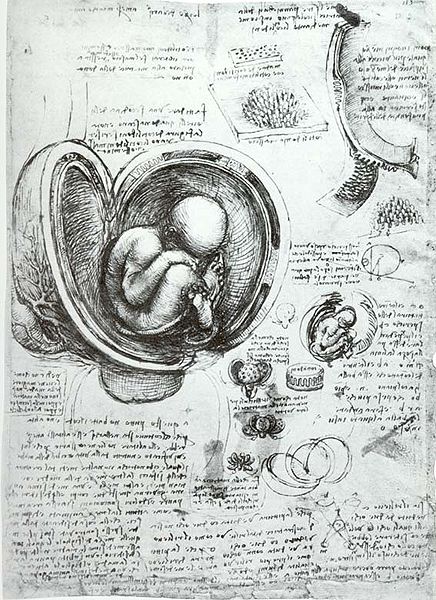 Leonardo da Vinci’s observational skills were exemplary. For instance his diagrams of the developing human embryo (c1510-1513) are accurate enough to be useful as teaching aids today. Through making observations of the structure of the blood vessels, he developed a theory of circulation in the body some 100 years before William Harvey. Many of the discoveries and inventions of later centuries were subsequently found to have been already described in his notebooks (Image: Wikimedia Commons)

The dolphin calf is barely three weeks old.  His mother nuzzles at him, calling softly.  The calf responds, mimicking her…