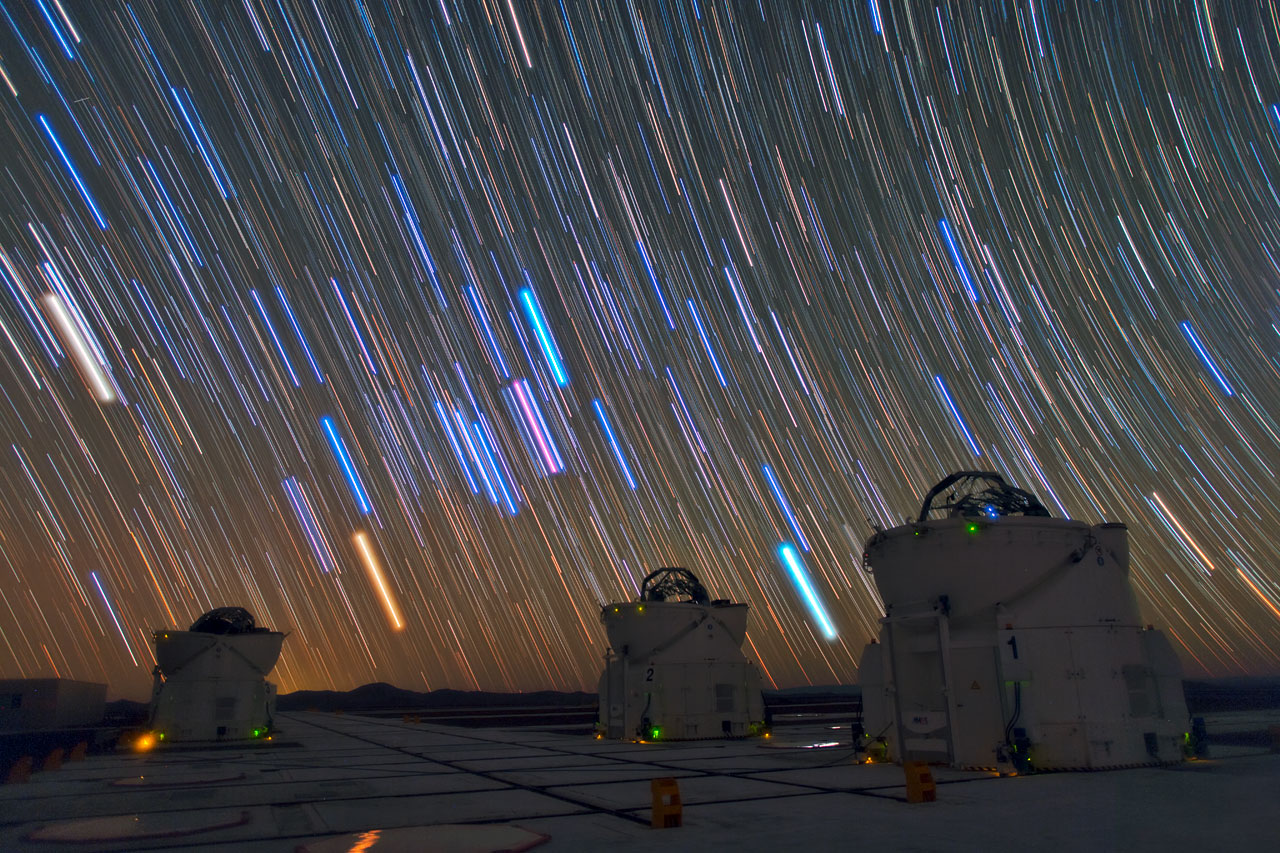 These bright colour trails mark the tracks of stars, caused by the rotation of the earth. This time-lapse photograph was taken from the European Southern Observatory’s Paranal station in the high Andes, far away from any light pollution. These natural colours indicate differences in temperature; the reddest stars are around 1000C, whist the hottest stars at several tens of thousands of degrees, appear blue (Image: ESO/B. Tafreshi (twanight.org)/Wikimedia Commons)