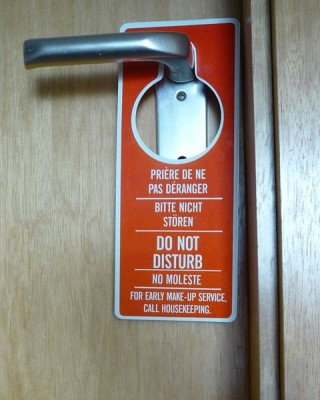 An incongruous couple, at least at first sight. She? Fellow of St. Jude’s, cosmologist turned biologist, elected to the Royal Society at the age of 28, world authority on French wines, fluent in Venetian (and Elvish), steel-trap wit. He? Left school at 14, but the finest poet of his generation, author of by far the best book on the Turin Shroud (and yes, it is genuine), and expert on bespoke gin. They shared two passions: each other and birds. Perhaps this overheard conversation was linked? It was during a long tramp across the remoteness of the far north of Scotland, where their path had taken them to a view across the Minch, sky and sea singing in the keen wind. The sky full of wheeling sea-mews: soaring, gliding, plunging. “Wonderful sight, but you say the poor noddies lack a penis and so never have an orgasm?” His companion smiled and murmured “If flies can get drunk and sloths have green dandruff, then I’d be careful not to rule out an avian orgasm, even sans a penis”.

Intromittent organs, as they are euphemistically called, are not only two a penny but collectively provide gripping object lessons into the nuances of biological engineering. For those with an unhealthy interest in size, why not reach for the top shelf and flick through a copy of Barnacle Only? The centre-fold reveals a penis of epic proportions, although the brief caption will note that apart from the barnacle being glued to a rock these sedentary crustaceans show a negative correlation between the degree of wave turbulence and the size of the penis. This makes pretty good sense, while much nearer to home the equipment in a male mammal is gratifyingly convergent in its design with the counterpart in the turtle. In each the penis is skilfully designed to ensure hydrostatic rigidity without incurring the penalties of a catastrophic aneurysm. Yet oddly only a handful of birds are equipped with a penis.

Why did evolution discard such a valuable tool? Maybe like cost-conscious airlines, excess weight equals higher fuel bills, so lugging a penis around the skies is a cost too far. Alternatively, given faeces from the gut and sperm from the gonads happen to empty into a common cavity (the cloaca), perhaps by no longer rummaging around with an intrusive penis the risks of sexually transmitted diseases (STDs) are reduced? Either way, in most birds the meeting of the sexes is swift and transitory, a fluttering cloacal kiss. But there are intriguing exceptions that perhaps begin to solve this penile riddle. Take the Greater Vasa parrot (Caracopsis), inhabitants of Madagascar. In striking contrast to most monogamous psittacines, they enjoy a lurid sex life of promiscuous females (which can take the initiative) and multiple matings. No modesty with the cloaca either; in copulation that of the male becomes much engorged and a deep red colour. Inserted into the female counterpart, coition – complete with vigorous pumping – may persist for well over half an hour. So too in some male fairy-wrens the cloaca is equipped with a so-called stimulatory protrusion. And this reaches its apotheosis in the Buffalo weaver (Bubalornis) where the male bird brandishes a striking rod, the phalloid organ, attached to the underside of the body.

Speculation as to the possible function of the male phalloid organ was rampant until meticulous observation revealed its stimulatory role. Copulation is now well under way but watch the male: clutching his partner tightly, wings a-quiver, leg muscles locked, body shaking, for all the world it looks like an orgasm and is associated with copious ejaculation. Well, given the many convergent similarities between birds and mammals perhaps adding orgasms to the list isn’t so remarkable. But surely we are not going to include insects in this round-up? Maybe not, but consider a robber-fly from the plains of Kansas. Like swallows, boy meets girl mid-air, but the serious business then continues on terra firma. So far, so normal. But what happens at the culmination? Now the male buzzes its wings furiously, before falling off his partner ….

The further reaches of avian sexuality, as displayed by birds such as the Vasa parrot and Buffalo weaver, may add spice to a biology lecture, but it is no accident that their broods boast multiple fathers. With a set-up that includes promiscuity and so-called extra-pair matings, then if you are the male there is a premium on your sperm winning. And this explains why a handful of birds, notably the ducks, hang on to their penis. Sometimes of monstrous size, richly ornamented with knobs and ridges, and capable of explosive eversion, the life of the female waterfowl is often subject to violent and unsolicited sexual interruptions.

The female, however, has a nifty trick up her cloaca because the oviduct is coiled in a clockwise direction. And the male? Does he have a penis designed for a nice, snug fit? On the contrary, it spirals in the opposite direction. Tricky. Combine this with the oviduct also being equipped with handy pockets to store unwanted sperm, and despite all the noise that is associated with these unwanted copulations the sperm often goes to waste. In the case of consensual coition, however, it is a very different story as elongation and relaxation ensure fertilization.

The sexual arena of birds provides further examples of splendid entertainment, not least when it comes to song. What happens when a male and a female engage in the singing of a duet, as is the case with a Peruvian antbird? All is going swimmingly until another couple turn up to contest the territory. Quickly the timbre of the song of the happy pair changes, broadcasting an unequivocal message: “Leave us alone! Bugger off!!” Harmony is restored until that is an unattached female enters the frame with the alluring prospect of a bit of bed-hopping. Ever gallant, the male breaks into song, but this is swiftly jammed by his partner, so the male has to shift to a new song, which is again jammed and one assumes ends in a despairing shriek…. She smiled again “So yes, birds do have orgasms and a great deal more besides. Well, that’s enough biology for today. Look! The rain has moved east, the sea sparkles with light and just over that hill, beyond that lochan, I know of a very secluded hollow …”

Yes, of course Well, I suppose that if fruitflies can get plastered, then asking this question is not totally silly.…

The SETI Institiute, dedicated to the Search for Extra-Terrestrial Intelligence, is a research organisation aiming to ‘explore, understand and explain…