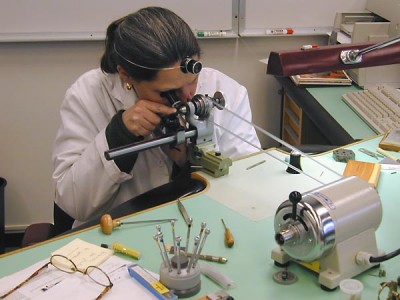 Oh dear, nothing more awkward than watching the Professor losing his grip on reality. Let’s get this straight. To the first approximation brains are composed of neurons and axons, along with other components such as the all-important glial cells. Not only are there many different sorts of neuron – think of the Von Economo neurons with their intriguing links to empathy – but so too the brain is divided into different regions that although closely integrated have one or more specific functions. It is a cliché but so far as we know the human brain is the most complex thing in the Universe and although other animals may have larger brains, they are not disproportionably so. Others are a great deal smaller, with a mouse lemur weighing in at about two grams (that’s about 700 times smaller than your brain). Insect brains, of course, are smaller still and in their own way near-miracles of miniaturization. But a brain no bigger than a neuron? Why, that’s impossible.

Be careful when you use the word “impossible” in biology. Insects are generally pretty small, but the tiniest are smaller than an amoeba and live in a counter-intuitive world where air is sticky and wings are turned into combs. But they still have to go shopping and despite being only a couple of hundred microns long they have a fully functioning brain that is only a little bigger than the so-called Betz neuron in the cortex of the human brain. Alright these are very large motor neurons, but even so to evolve such a minute brain is extraordinary. How on earth is it achieved? First, by drastically reducing the number of neurons so that in one wasp (Megaphragma) they total about 400. Second, strip out the cell nuclei from most of the neurons. Next, fuse various parts of the brain (a process known as oligomerization) and if necessary squeeze parts of the brain into other parts of the body.

But despite this drastic re-organization, the overall brain structure is conserved and these Lilliputian insects lead a normal life. Equipped with eyes, learning and memorizing, chasing pheromones, engaging in courtship and, of course, flying. Given nervous tissue is eye-wateringly expensive to run, it begs the question why anybody went to the bother of evolving giant brains. After all if insects use tools and bees can dream, then maybe the best arguments in the opposite direction are linked to the eye of a hawk and the brain of a crow. Here sensory capacities such as vision, and cognitive worlds that parallel those of apes, open up in a way that far transcends any insect.

So yes an insect brain can be much the same size as an individual neuron and as examples of miniaturization surely they are breath-taking? But is this the limit? There are indeed reasons to believe that when it comes to brain miniaturization insects can go no further. But that doesn’t stop them from breaking the rules. One principle is that the smaller the species the larger, relatively speaking, is the brain. This is Haller’s Rule and simply means that body and brain do not grow at the same rates (in the trade this is allometry).

In the tiny insects, however, Haller’s Rule is ignored and body and brain size march hand-in-hand (so that’s isometric growth). Maybe a more fundamental constraint is that when the neural wiring approaches about 0.1 mm (a thousandth of a millimetre), the random thermodynamic noise generated by the ion channels (which drive the electric active potentials) will drown any nervous signals and so the system collapses. But do I see the rule book being shredded again? Some tiny insects appear to have broken this neural barrier and have almost impossibly narrow axons. Quite how they manage to function is rather speculative, but what did I say about things being impossible?

“I am a nectar-feeding bat: pulses of sound guiding me unerringly to the plant’s acoustic beacon.” “I am an owl:…