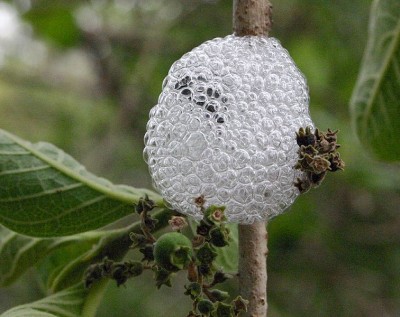 Hardly recommended. Deprived of food a human might survive for weeks, but stick to water and you only postpone the inevitable.  Conversely, stop drinking on the Monday and the funeral director will be ringing the door-bell at the week-end.  With all these distractions maybe you forgot to waterthe aspidistra?  Sturdy little chaps, but even they cannot manage unlimited neglect.  With the pot drying out water no longer travels along the vascular system (xylem) that connects the zone of absorption (roots) to the photosynthetic factories (leaves).  Eventually, the plant droops beyond recovery.  Yes, the so-called “resurrection plants” are well-named, but remember no water, no life.

Why is that gardener peering closely at the roses, then shaking his fist at the sky before running to the potting shed and emerging with an elongate canister and sinister nozzle from which emerges a choking spray? Those pesky aphids have multiplied beyond number and are greedily feeding on the roses, each insect skilfully inserting an ingeniously constructed stylet to tap the phloem while attendant ants cluster round the opposite end to harvest the honey-dew.  Nor are these the only hemipterans to plunge their stylets into plants.  Leafhoppers and spittlebugs also tap the plant’s vital juices, but rather than industriously tapping the sugar-rich phloem they seek out the xylem.  Are they mad?  Technically it is a sap but the fluid is almost pure water.  But not quite.  Compounds essential to the plant are conveyed, as is potential food in the form of so-called non-essential amino acids (such as asparagine), organic acids and minerals.  Yet the quantities are miniscule (chemists talk milli-molar).

As a consequence the insects consume stupendous quantities of fluid, equivalent to you or me drinking more than 20,000 pints (or if you prefer 340 barrels) of beer a day.  Nor is it a one-way traffic because the insect can transmit various pathogenic horrors to the distress of wine makers and fruit growers.  Copious volumes of water necessarily emerge at the other end but this is not all bad.  Toxic waste products such as ammonia are washed away, while spittlebug nymphs froth up a protective foam that they ingeniously repel from their bodies by using tiny hydrophobic spheres.  But there are other challenges.  As the plant draws water from the roots (botanists call this process transpiration) the ascending xylem fluid remains under tension.  Rather than spurting out, the insect has to vigorously pump out the xylem contents against a strong negative pressure.  To ensure adequate flow the stylet has to be wide-bore and incidentally this explains why tiny xylem feeders are impossible.  At the same time the system must remain absolutely airtight otherwise bubbles form and flow grinds to a halt.  What are the other tricks of their trade?  First the insects are crafty which plants they infest and often target nitrogen-fixing plants.  Even so the sap is exceptionally dilute and their ability to scavenge up to 99 per cent of the nutrients deserves applause.

Impressive as all this may be, no xylem feeder could survive without a remarkable partnership.  Lurking in special structures (appropriately named bacteriocytes) are endosymbiotic bacteria.  So intimate is this mutualistic relationship that insect and bacteria are completely interdependent.  The benefits to the insect are obvious because the bacteria synthesize vital nutrients that the sap cannot provide, not least essential amino acids and vitamins.  For the bacteria the balance-sheet is more mixed.  Yes, they have a permanent home, but the long-term prospects are less rosy.  One snag is the manner in each new generation of insects has to be equipped with its essential symbionts.  At first sight the solution is simple because the vital consignment of bacteria is delivered along with the eggs.  The problem, however, is that the eggs are tiny and so the next generation can only receive a handful of bacteria.  Now when population numbers tumble then chance begins to play a major role in determining which genes happen to be transmitted (in the trade a genetic bottleneck); this is very bad news because deleterious mutations are very difficult to get rid of.  There is also an amazing shrinkage in the size of the genome.  In fact it is so stripped-down that a substantial part of the genetic machinery must be employed simply to ensure that the rest of the genome can actually function.

This erosion of capabilities is sometimes so severe that the only solution is to recruit yet another bacterial group to ensure that the nutrients essential to the survival of the insect – and of course their endosymbionts – can still be synthesised.  Not only do they adopt complementary roles whereby one is responsible for vitamin manufacture while the other is busy making the essential amino acids, but even more astonishingly each group of bacteria can provide separate components for a particular pathway.  Usually these associations persist for hundreds of millions of years, but every now and again the system runs out of steam and a new partner has to be recruited.  Usually it is another bacterium, but more surprisingly a yeast-like fungus is sometimes signed up.  This intimacy reaches its apotheosis in one particular dual symbiosis.  Usually the two types of bacteria occupy distinct regions of the bacteriocyte, but in the case of Moranella it is doubly endosymbiotic because it resides inside the other bacterium (Tremblaya).  Nor is this the end of the story.  Sometimes the genomic arsenal is reinforced by genes imported from other microbes (technically lateral gene transfer) and genomic input from up to six separate evolutionary lineages contributes to the symbiosis.  Xylem feeders and their endosymbionts are extraordinary because living on the very margins of existence their mutualisms also reveal eye-popping levels of interdependence.

Xylem feeders are not alone. Direct counterparts in the form of the phloem feeders benefit from abundant sugars, but in many respects their diet is still seriously unbalanced.  Once again endosymbiotic bacteria are essential mutualists, and often it is a double act.  In their spare time some bacteria also make toxins that deliver a hefty punch to anybody who attacks their host, including parasitic wasps.  Further afield endosymbiotic bacteria have been recruited across the animal kingdom, from the ship-worm (the notorious Teredo), chewing its way through the Royal Navy (Trafalgar style), to gutless worms basking in hydrothermal black-smokers.  Well, the world’s a funny old place, but would we stoop so low as to rely on bacteria?  No need to feel embarrassed.  Yes, your gut may be a cauldron of bacterial activity, but they do much more than digest an evil-smelling slurry and occasionally contribute to a thunderous fart.  An intricate relay of chemical conversations between the gut flora and our immune and nervous systems directly link digestion to mental well-being.  The lesson is clear: Ignore the endosymbionts and you are asking for trouble.

Yes, of course Well, I suppose if you are an extraterrestrial you might as well add green dandruff for…