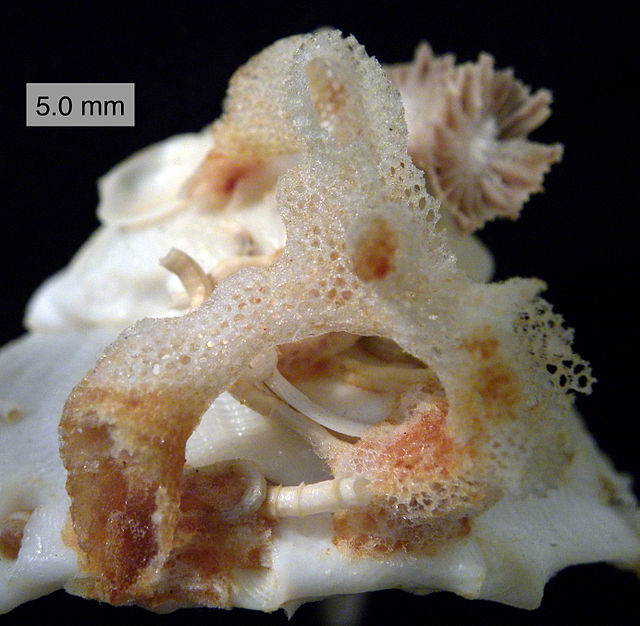 Brainless, nerveless, is anybody seriously going to ask if sponges have eyes? Lacking even a gut or muscles they barely qualify as animals. Orthodoxy regards sponges as on the ground floor, gratifyingly primitive and one short step from their protistan antecedents. Their genomes suggest otherwise; in marked contrast to anatomical simplicity are astonishingly complex. And amongst this blizzard of genes is one that always raises an excited chatter: a paired-box gene known as Pax. The excitement is two-fold. First one of the Pax genes, Pax-6, “makes” eyes (or at least that is the myth). Second, there is increasing doubt that sponges are the most primitive of animals. That honour may belong to the sea-gooseberries (remember to call them ctenophores when mingling with the boffins). So, perhaps the sponges were careless and threw their eyes away in a moment of absent-mindedness?

Please re-read the question! I said seeing. Let’s go and talk to those inhabitants of the deep-sea known as glass sponges (which folk in the museums call hexactinellids, and maybe are familiar from the Venus flower basket). Maybe a bit forward, but let’s first ask its age. Eleven thousand years? Really! Plenty of time for thinking if the glass sponge had a brain, but at least there are compensations such as growing enormously long spicules, up to 3 meters in length. Spicules are one of the hall-marks of sponges, but as the name suggests in glass sponges they are made of silica. Much more unexpected, however, is that in cross-section each spicule has a concentric arrangement that in terms of microstructure (and also differences in refractive index from centre to margin) has an uncanny similarity to the optical fibres used in the telecommunication industry.

In other words it is exceedingly efficient at transmitting light along its length with very little attenuation. Now without any sort of nervous system to process an image is this a glorious Darwinian joke? One clue might come from other sponges (such as Tethya) that live in much shallow water than the glass sponges. Here the spicules even have a lens-like top and serve to channel sunlight deep inside the body where photosynthetic symbionts safely nestle. Glass sponges, however, live far beyond the reach of the sun. But light in these inky depths is not absent because many animals broadcast the cold light of bioluminescence. Across the oceans there are flickering arrays of colour to lure prey, warn rivals and also to attract visitors. In the glass sponges are often found shrimps (Spongicola) than when small come and go but as adults form a mating pair permanently enclosed in a silica cage where they enjoy eternal connubial bliss. Just like a fibre-optic lamp, the sponge could broadcast bioluminescent signals to attract their symbiotic partners. But it need not be a one-way traffic. If light goes out, so too it could go in. A clue comes from the larval stage of sponges. They have what passes for an eye, but it was ordered from a different company. Pax genes are not involved, nor is there any sign of the canonical opsins that our eyes employ to convert impinging photons into electrical signals. Instead photosensitivity looks to molecules known as cryptochromes. They are found all over the place, but if they occur in glass sponges then maybe their optical spicules can not only broadcast light but also harvest it.

Like bioluminescence, evolving light guides is far too good a trick to evolve only once. In plants light is of course essential for photosynthesis, but it also plays a key role in germination (especially at the red and far-red end of the spectrum). So it makes sense to find fibre-optical systems in both the leaves (where special cells known as sclereids channel the light) and seedlings. In animals, however, light more or less means vision, but not always. Scattered across the bodies of many squid are photophores that radiate light. In the aptly named firefly squid (Watasenia) its photophores carry a radial array of rods, each with a striking lamellar microstructure, that convey the bioluminescent signals to the outside world. If light can shine out, so it can shine in and this gives us an example much nearer to home.

Biologists are much too fond of giving us examples of evolution that seem to be far from sensible. In our eyes the photosensitive component of the retina is buried beneath several layers of cells. Now that is hardly conducive to effective sight, is it? Wouldn’t it be much more sensible to use the arrangement in the squid where the photoreceptors lie on the top? The reason for the difference is embryological. In us the retina is a direct outgrowth of the brain, but in squid it is formed from an infolding of the skin. So are we stuck with a very bad design? Not at all. Once again fibre optics provide a solution, this time in the form of Müller cells that traverse the retina and channel the light to the photoreceptors. It is a very canny configuration. Each Müller cell not only has a funnel-like top that helps to harvest the incoming photons, but it is linked to a cone photoreceptor responsible for colour vision.

But with this arrangement surely the surrounding rod receptors lose out, especially given their importance in night vision? In principle they would, except that the Müller cells preferentially channel the green wavelengths to the cones, while with little loss the blue-violet component leaks out to be soaked up by the adjacent rods. But maybe we can see further? Organic fibre-optics invite biomimetic applications, not least in medical investigations. Spider silk can also channel light, and given its flexibility, tiny diameter and non-toxicity perhaps in the operating theatre one day we will hear “Nurse, pass the spider, please”.

Can flies get drunk?

No, don’t be ridiculous Why does that Bertram palm smell like a brewery? Producing abundant nectar, yeast-driven fermentation provides a…