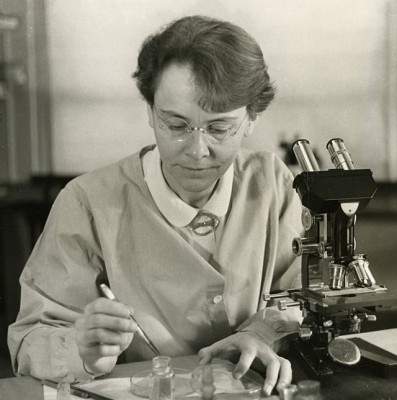 Barbara McClintock (1902-1992) was an American geneticist and a pioneer in the field of cytogenetics, a branch of genetics that focuses on the function of chromosomes in individual cells. McClintock’s work on chromosomes in maize revolutionised this field. In her time, she was widely respected, receiving a number of prestigious awards and fellowships, not least the National Medal of Science. However, it is her discovery of transposons – which revolutionised our understanding of genetics – that was entirely radical. Yet it took thirty years for the scale of her discovery to be fully acknowledged, with the award of the Nobel Prize in Medicine or Physiology “for her discovery of mobile genetic elements” in 1983 (NobelPrize.org).

A trademark of McClintock’s research was her unwavering attention to detail. Meticulous data analysis remains essential if one is to have confidence in one’s scientific hypotheses, and all the more vital if such assertions are novel and so question established ideas. Challenging the status quo is precisely what McClintock’s discovery of transposons achieved.

It was her thorough interrogation of the data that enabled her to have first confidence and eventually conviction as to what at that time seemed to be an unlikely – even implausible – scenario. In effect, her data showed that genes could be mobile, moving around the chromosomes, hopping from one place and re-inserting themselves elsewhere. McClintock discovered these peculiarly behaving genes whilst working on maize plants in the late 1940s. We now call these genes ‘transposons’, often aptly referred to as ‘jumping genes’. In November 1953 McClintock published her findings in the journal Genetics, with a paper entitled Induction of instability at selected loci in maize.

McClintock’s discovery did not sit comfortably with the twentieth century consensus as to how genes should behave. At the time, geneticists considered that genes were stable entities and the notion that there could be ‘renegade’ strands of DNA moving about the genome was treated with extreme caution. But if one places McClintock’s discovery in a broader social and historical perspective, given the nature of the proposal – that is, the idea that something which was perceived as stable, was actually subject to change – one could almost see the skepticism with which it was initially received as less surprising, maybe even predictable.

In some broad sense this might say something about a human desire for stability. If one looks back over the history of science it is not unreasonable to suggest that the scientific theories which met with the most vehement, almost visceral resistance were often those which are not only ‘big ideas’, but those which have championed ‘change’ in a previously accepted framework of ‘permanency’.

This is all the more true when it comes to natural phenomena that an individual cannot observe with the naked eye and/or witness over the course of their own short life-span. Notable examples include the idea of the Big Bang, and nearer to home that of continental drift; a proposal by the meteorologist Alfred Wegener who suggested (quite rightly) that Earth’s continents were once joined together and slowly drifted apart (and continue to move) over millions of years. From the time it was first proposed in 1912 the idea of continental drift found little favour and until the late 1960s the consensus remained that the Earth’s continents were static.

Another example is of course Charles Darwin’s theory of evolution by natural selection, which was proffered at a time when society at large was still committed to the notion of the permanency of species (i.e. that each species on Earth was created in its current form and was not the result of evolution). Here too, Darwin was correct, but some of the resistance stemmed from people who saw weaknesses in the theory, and ones that Darwin lost little time in addressing. 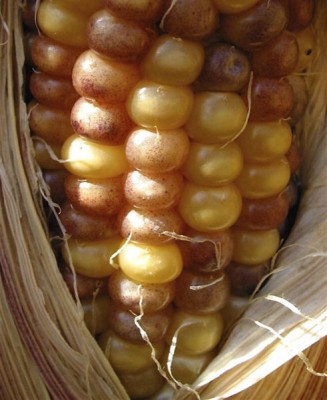 In the case of McClintock her work perhaps reflects more than a hint of our collective human condition inasmuch as although the existence and behaviour of transposons was relatively swiftly accepted by other geneticists who conducted research on maize, when it came to applying these ideas to other forms of life, not least humans, the implications were far more slowly accepted. In the case of transposons, interest in these small pieces of mobile DNA remained largely dormant until the 1970s when they were found in viruses and bacteria. From there, interest was ignited and further research revealed that transposons are found in most life-forms, including of course humans.

Let us leave the last words to McClintock. After receiving the Nobel Prize in 1983 she remarked: “You just know sooner or later, it will come out in the wash, but you may have to wait some time.” (quoted in McGrayne 2001, p.144)

John Burdon Sanderson Haldane had no formal education in any scientific subject and yet he became a commanding figure in biochemistry, evolutionary theory, genetics, and physiology, publishing over 400 papers and 24 books.

Gregor Mendel was an Austrian botanist, who is now widely regarded as the father of modern genetics.