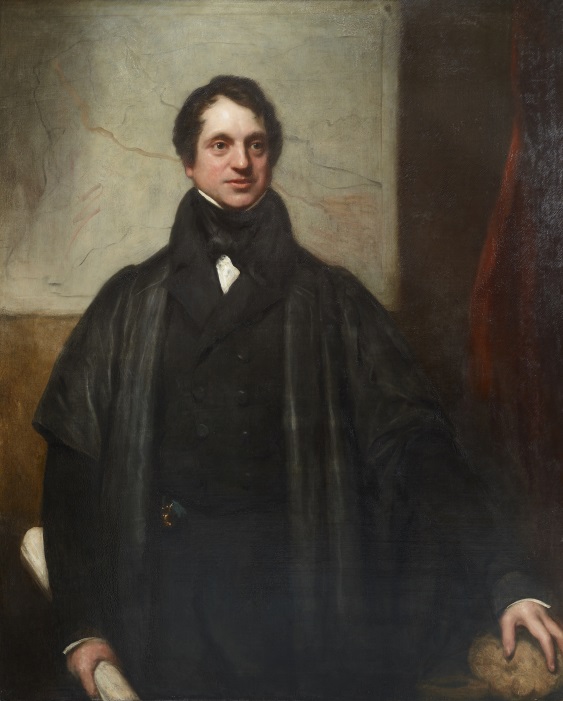 Adam Sedgwick (1785-1873) was Professor of Geology at the University of Cambridge, holding the Woodwardian Chair, and was one of the most respected geologists in England in the nineteenth century. It was an era when the major geological time periods were being defined, a task in which Sedgwick played a key role with his identification of both the Devonian and Cambrian periods. It was through the definition and clarification of the major geological epochs that the immense antiquity of Earth was recognised. This realisation was critical in the development of our understanding of Earth history because prior to this period, calculations based predominantly on the Bible had led to the prevailing wisdom that Earth was only around 6000 years old. It is due to the meticulous work of scientists such as Sedgwick, that we now know it is actually around 4.6 billion years of age.

Sedgwick’s crowning glory was the identification of a period of geological time that he named the ‘Cambrian’ (from the Latin ‘Cambria’, an ancient name for Wales). This interval – which spans the period from around 543 million years ago to around 505 million years ago – is significant because it is a period where we see a remarkable ‘explosion’ in the number and diversity of fossils in the geological record.

In the early 1830s, Sedgwick teamed up with fellow geologist Roderick Murchison to map the strata of Wales. Sedgwick identified the Cambrian by relying on the physical characteristics of the rocks in northern Wales, where Murchison identified another geological period, the Silurian (named after a Celtic tribe, the Silures), by concentrating on the fossil-bearing strata in southern Wales. In 1835 they presented a paper to the British Association for the Advancement of Science on their findings entitled On the Silurian and Cambrian Systems, exhibiting the order in which the older sedimentary strata succeed each other in England and Wales. The paper founded the Palaeozoic timescale that we know today. Click here to view chronostratigraphic charts from the International Commission on Stratigraphy (ICS).

However, controversy arose because Sedgwick and Murchison could not agree on where the boundaries between the Cambrian and Silurian lay. The crux of the problem was that Murchison had misinterpreted the age of certain rocks in several areas in the Welsh borders. This led him to claim that the rocks forming the baseline of his system belonged to the Lower Silurian, whereas Sedgwick argued that they should be placed in the upper part of the Cambrian system.

The dispute was eventually resolved by another geologist, Charles Lapworth (1872), who introduced an intermediate period (the Ordovician, named after another ancient tribe, the Ordovices) separating the Cambrian and the Silurian, and equivalent to the disputed “upper Cambrian-lower Silurian” beds. Each of these periods is now known to be characterized by distinct fossil assemblages and remain standard in geology. Sadly the acrimonious nature of this disagreement culminated in the Geological Society of London, of which Murchison was President, and Sedgwick was a past-president, refusing to publish any of Sedgwick’s papers on the subject.

Sedgwick also mentored a young Charles Darwin, who at the time was a fledgling naturalist reading theology at Christ’s College, Cambridge. Darwin accompanied Sedgwick on fieldwork to Wales and attended his lectures. Darwin’s endorsement by his mentors, primarily John Henslow but also Sedgwick, was instrumental in gaining Darwin a position on the famous voyage of HMS Beagle, which in turn was key to developing Darwin’s thoughts behind the groundbreaking On The Origin of Species. However, Darwin’s book had enormous theological implications and Sedgwick was notably anti-evolutionary in his thinking. He was a devout Christian and believed that acceptance of the idea of evolution would cause a breakdown in the moral fabric of society. After all, he would have no doubt reasoned, if we are simply descendants of monkeys what warrant do we have for our ethics? In a famous letter written to Darwin shortly after he received a copy of the first edition of On The Origin of Species, Sedgwick set out those fears as well as his appreciation for Darwin’s great work. Despite Sedgwick’s outspoken opposition to Darwin’s theory of evolution by natural selection, it is testimony to the open-mindedness of both men that they remained on good terms throughout Darwin’s lifetime.

Darwin clearly enjoyed Sedgwick’s mentorship and it is easy to understand why. Sedgwick was a charismatic speaker and his lectures were always well attended despite not being compulsory for students at that time. He gave a course in Cambridge which ran nearly every year from 1819 to 1870, by which time he was 85 years of age. As Colin Speakman (1982, p.88) notes, Sedgwick’s inspirational persona is summed up by a statement made in one of his lectures:

“I cannot promise to teach you all geology, I can only fire your imaginations.”

Most scientists are inspired by their own research, but the ability to capture that excitement and inspire scientific curiosity in others is a much rarer gift. 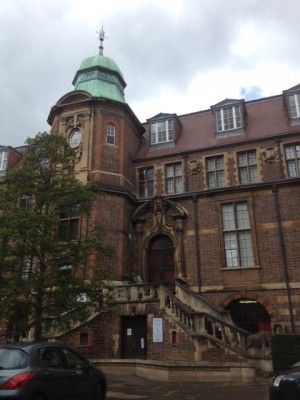 The Sedgwick Museum. Part of the Department of Earth Sciences, University of Cambridge (Image: Victoria Ling 2015)

Sedgwick also stressed the importance of fossils as a means of determining relative age and was the first Cambridge scholar to earnestly begin collecting fossils for the University’s geological collection. Many of these specimens were acquired from other collectors, including a number from the pioneer fossil collector Mary Anning. The fossils that Sedgwick amassed built upon a collection of around 10,000 specimens which were bequeathed to the University of Cambridge in the will of John Woodward, which was recognized in the early eighteenth century as one of the most significant collections in the world. These are still housed in the Sedgwick Museum, a building that arose as the result of a wildly successful subscription after Sedgwick’s death, and forms part of the Department of Earth Sciences in the University of Cambridge.

James Hutton was a Scottish geologist, rightly regarded as the father of modern geology. He made many contributions to the natural sciences, but his crowning achievement was the idea of what would come to be known as 'uniformitarianism’.

Agnes Arber was a British botanist and historian of her subject. In 1946 she became the first female botanist – and the third woman overall – to be elected a Fellow of the Royal Society of London, one of the oldest and most esteemed scientific institutions in the world.